Every so often a mod pack updates and contains various fixes, changes, and new mods. I went ahead and updated the servers mod pack to v1.6.1, however, some of the core api mods do not support Cauldron because it uses an older version of forge. Cauldron is no longer in development due to the Bukkit DMCA fiasco causing the developer to work on Sponge instead.

Luckily there are some forge mods which mimic the functionality of some of the important plugins such as /spawn, /back, /tpa, spawn protection. The mechanics I'm currently trying to fix are chest protections and town protection.

The server is running at the moment but it is whitelisted while I try to find mods which can take on the role of the plugins that were running on the server. However, it is unlikely I will be able to return the functionality of Towny along with the currency system. It is also possible that the current world will become unstable due to major software changes combined with mod pack updates And I may change the mod pack entirely.I will be changing the mod pack entirely. Other mod packs do have containers which have native protection support.

The current mod packs I am considering are:

(Please note that the Myst mod will not be enabled)

Feed the Beast Infinity is a general all purpose modpack for Minecraft 1.7.10. It is similar to Feed The Beast Resurrection in that both packs have similar mods. FTB Infinity was added to the launcher on February 5th, 2015. It is mainly aimed at players who want to have all the different types of mods in one modpack. It contains ~150 mods and thus it's not recommended for low end computers.

Daybreaker is the sequel to the original Horizons, but updated and remastered for 1.7.10. It aims to show off new mods to the realm of FTB, such as

Matter Overdrive for technology, Aura Cascade for magic, and even decorative mods like Ztones and AppleMilkTea. Horizons: Daybreaker finally brings the much beloved Mekanism and Galacticraft to the FTB world, demonstrating their power to a whole new audience. 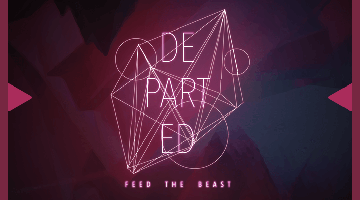 Feed the Beast Departed is an exploration themed modpack for Minecraft 1.7.10. The player is challenged to survive in multiple environments and dimensions whilst exploring and adventuring.

This modpack is centered around the

If you are interested in any of these packs please let me know.

You will be able to leave a comment after signing in